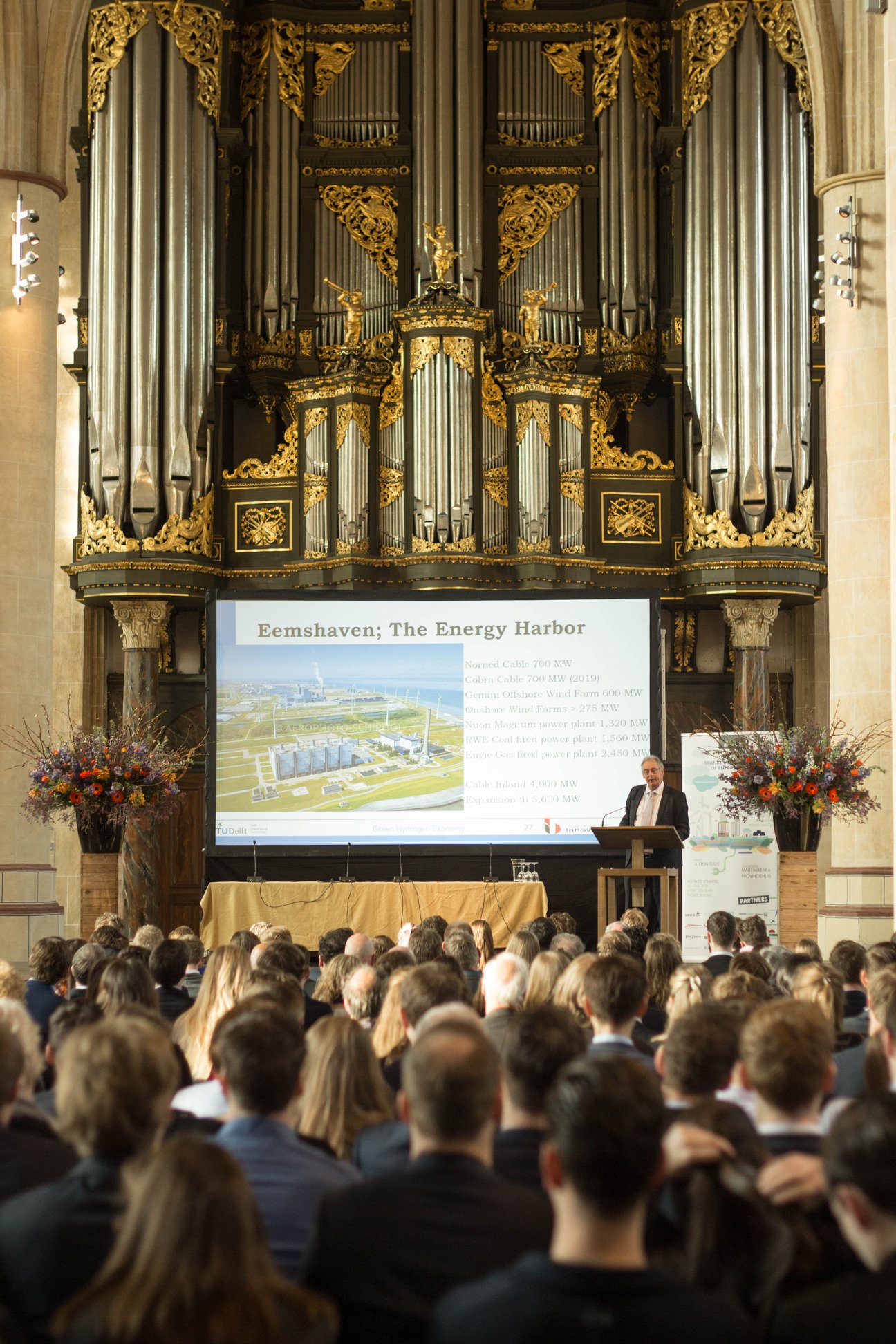 This year, the theme of the Geo Promotion event will be: ‘’Energize the future; spatial implementation of energy policies’’.
As the title already said it: it will be all about future energy systems and how to spatially and socially implement it. Considering the latest (inter)national agreements, the energy transition is a really hot topic. However, most people still don’t know how we are going to put energy policies into practice.
During the event, on the 23rd of February, students, professionals, and academics will be inspired and challenged about possible solutions for the energy systems of the future. The event will take place in the Martinikerk and the Provinciehuis in Groningen. Key-note speakers, a discussion and several workshops will help you during the day to improve your knowledge on the energy topic and give you the possibility to share your ideas with others.

The host of the Geo Promotion event will be Anton Buijs. Anton Buijs started his career as reporter and editor of various Dutch trade and management journals. In 1986, he moved to Esso Nederland (ExxonMobil) where he held various positions in the Public Affairs and Government Relations Department, most recently as Communications Manager at ExxonMobil Benelux. Since 2009 Anton Buijs is Communications & Public Affairs Director at the largest gas trading company of the Netherlands, GasTerra.

Anton Buijs will introduce, summarize and conclude the key-note speakers and the panel discussion in such a way that as many sides of the implementation of energy policies will be heard and understood by the audience.

Ad van Wijk is one of the most influential sustainable energy entrepreneurs and innovators in Europe. He is sustainable energy entrepreneur and part-time Professor Future Energy Systems at TU Delft, the Netherlands. He also works for KWR Water Research Institute to develop and implement the research program Energy and Water. And he is a member of the Northern Netherlands Innovation Board to realize the energy transition.

In 1984, van Wijk founded the company Ecofys, which eventually grew into Econcern. Econcern developed many new sustainable energy products, services and projects. Examples include the 120 MW offshore wind farm Princess Amalia in the North Sea, several multi-MW solar farms in Spain and a bio-methanol plant in the Netherlands, which is the largest second-generation biomass plant in the world.

Ad van Wijk achieved many important prizes for excellent entrepreneurship. Amongst others, he was Dutch entrepreneur of the year in 2007 and Dutch top-executive in 2008.

During the Geo Promotion event Ad van Wijk will be talking about Future Energy Systems and the Green Hydrogen Economy.

In October 2015, Evert den Boer (1969) was appointed CEO of the green energy supplier Greenchoice. In April he joined the board of Energie-Nederland.

Evert has extensive experience in the energy sector. Before Greenchoice he lived with his family in Copenhagen where he worked for the Danish Dong Energy. There he was responsible for the Northwest-European sales activities, among which the Netherlands. Earlier he has held several different commercial positions working for Vattenfall, Nuon, Shell, Gasterra and The Boston Consulting Group.

“I challenge myself to make green choices every day. Not only in my personal life, but also as CEO of the most sustainable brand of The Netherlands. I am convinced that we all have a role to play in the transition towards sustainable energy. In order to be successful, we need to focus on decentralized renewable energy, energy efficiency and the reduction of carbon dioxide emissions.”

Nienke Homan is since 2015 part of the provincial executive of the Province of Groningen, for the party GroenLinks. She is among other things responsible for energy transition and the environment. Besides this, she is climate ambassador for the ministry of infrastructure and environment. Nienke Homan is deeply motivated to make the energy transition in Groningen a success and does what she can to accelerate it.

During the event, Nienke Homan will talk about what the goals of the Province of Groningen are, how they are realizing their goals within the energy transition and what struggles they come across. A special interest will be on the spatial implementation of renewable energy projects. Particularly wind turbines, but also solar fields are building up as a pressure on our landscape. And although the province of Groningen produced 15,6% of its energy consumption through renewables, there is still a lot to be done to achieve our goals. How can we involve Groningen their inhabitants in the energy transition,  and how can we organize a playing field in which they have a fair chance to influence the developments in their surroundings? How can they participate in the revenues of renewable energy, from which they also experience the drawbacks?

Energy-transition may be the new guiding principle in spatial organization. But our society demands we design it in co-creation.

The different companies who will held a workshop are: 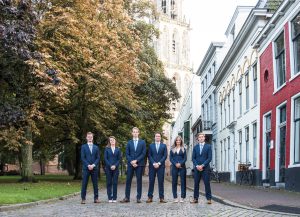 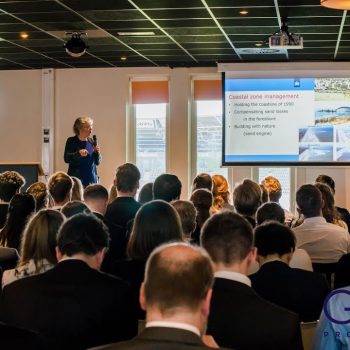